How Do You Catch Legionnaires’ Disease? 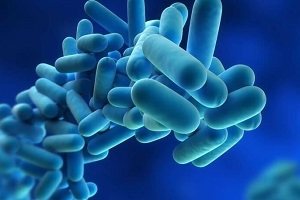 Illnesses in humans are most often brought about seemingly without cause; microparticles and bacteria enter the body without warning from a variety of sources and cause sickness and potentially even death. However, thanks to advances in technology, science and monitoring, it is now more possible than ever before to not only understand how human illness works but to prevent it. For those who own or operate a commercial building, some of this responsibility is included as part of the management role, as such facilities are one of the most significant sources of an important bacteria called Legionella. Whether you are looking for more information on how this bacteria affects humans or how do you catch legionnaires disease you need to develop a more robust strategy for preventing it at your building, you should start by expanding your knowledge.

Legionella is a type of gram negative bacteria that thrives in freshwater; because humans almost exclusively utilize fresh water, Legionella is an ever present concern. However, this bacterium also does best in lukewarm water, most commonly between 77 degrees Fahrenheit and 108 degrees Fahrenheit. Since commercial facilities will often keep their water at these temperatures to prevent scalding and injury, Legionella can flourish at an ideal temperature.

Despite preparatory measures, not all water systems are created the same, and some are more prone to Legionella bacterial outbreaks than others. Cooling towers are the most common culprit, resulting in approximately 20% of all cases. That being said, anywhere that water is allowed to stagnate or is not adequately treated can be a risk.

Decorative water fountains and hot tubs are other common sources, but even commercial plumbing and water heaters can also house bacterial colonies of Legionella. Regular testing is vital to ensure that there are not colony-forming units (CFUs) in the water. 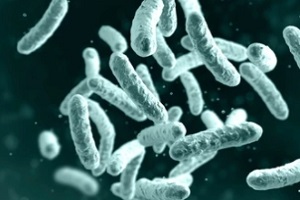 Legionella is typically spread via airborne droplets, which means that any contaminated water that is aerosolized and put into the wind can spread. In fact, particles containing Legionella can spread for miles from their site of origin, making Legionnaires’ disease tracing a challenge.

Aerosolizing water can occur in the form of mist or steam (such as from hot tubs or decorative fountains) or as evaporation. Once these particles have entered the air, they drift without any noticeable scent or visual indication until they enter the mucous membranes of humans through processes such as breathing that expose the bacteria to the nose and mouth.

Once Legionella has entered the body, it very quickly begins to cause symptoms; in fact, severe Legionnaires’ disease can manifest as soon as two days after exposure, though some symptoms can appear up to two weeks after exposure. The most common symptoms are flu-like, as an indication of the less severe Pontiac fever that Legionella bacteria can cause. This includes chills, muscle aches, headache and nausea.

However, Legionnaires’ disease presents more as pneumonia, with the bacteria quickly attacking the lining and composition of the lungs. Thus, Legionnaires’ disease often manifests as difficulty breathing, a feeling of weight on the chest, coughing and a sense of panic or not getting enough air. If you suspect that you have been exposed to Legionella bacteria or may have Legionnaires’ disease, it is important to seek medical attention as soon as possible, as the illness can be life-threatening to as many as 10% of all who contract it.

Those At Highest Risk Of Severe Complications 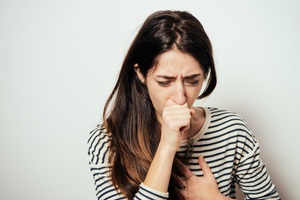 As with other issues like pneumonia and the flu, Legionnaires’ disease tends to be more severe in immunocompromised or otherwise vulnerable populations. These include the elderly and children, as well as people with chronic lung disease or those who have been smokers.

Underlying chronic illness can also pose an issue, such as diabetes or kidney failure, and those with cancer or who are on chemotherapy or radiation may experience worse outcomes due to the suppression of their immune system. However, anyone can be affected, and severe or even life-threatening illness is not exclusive to these more vulnerable groups.

Trust The Experts To Keep Your Area Safe From Legionella Bacteria

Whether you are a business owner who is learning about Legionella for the first time or you have a Legionella prevention plan in place but it is not fulfilling its role sufficiently, it is important that you reach out for help from the experts.

The professionals at Tower Water are available to help you build the perfect Legionella prevention plan or develop a remediation strategy if your facility has already experienced an outbreak. Reach out to learn more about our services or to schedule an appointment to discuss your options.