Which Systems Should You Sample For Legionella? 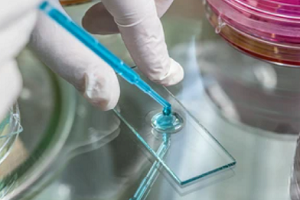 If you are considering sampling your water for Legionella, you have already made a wise decision that can keep you and others safe. However, sampling is not as simple as putting some water in a cup, and it is best to work alongside experts who can determine the unique risk factors present in your system in order to generate a comprehensive sampling plan. Each system is different, and certain systems will be sampled in certain ways.

Why Should You Sample for Legionella?

It is important that you regularly perform Legionella sampling and water testing for a variety of reasons. Primary among them is that catching Legionella early, before it has a chance to grow very much, is critical.

Legionella is a type of bacteria that can grow quickly in freshwater, especially water that is between 77 degrees and 108 degrees Fahrenheit.

This is a common temperature gradient for much of the water used by humans; thus, regular Legionella testing is critical.

When Legionella bacteria are captured in water droplets or vapor that is commonly produced by systems such as showers, hot tubs and cooling towers, they can float through the air and enter a human’s body through the nose, mouth and eyes.

Legionella bacteria may cause severe or even fatal illness in humans in the form of Legionnaires’ disease and the less severe, flu-like Pontiac fever.

In addition to testing for Legionella for the sake of keeping people safe, the growth of this bacteria is also part of a variety of inefficiencies and issues with water systems, such as biologicial growth, that can foul machinery and cause early wear or even the need for replacement.

Sampling for Legionella can provide a valuable window into the health of your system. NY local and state governments require regular sampling in order to comply with regulations. 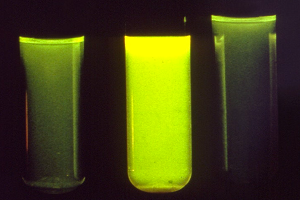 Legionella sampling is not the simple task of collecting water from the system you are testing and placing it in a cup or running it over a testing strip.

Determining the correct location(s) to gather samples from requires experience, and the process of gathering the samples themselves can be dangerous.

It is important to always wear personal protective equipment, including a N99 HEPA filter ½ face respirator (P2 face respirator) or something similar.

This is why many locations choose to leave the Legionella sampling to the experts, who are skilled in staying safe and performing a strategic and comprehensive sampling.

Where to Take Samples from for Legionella Testing

There are a variety of factors to consider when evaluating the best locations from which to draw Legionella samples. Any areas that regularly see water between 77 and 108 degrees Fahrenheit are good contenders, as these locations are ripe for the proliferation of this bacteria.

Any dead legs in the piping, where stagnant or slow-moving water interacts with live water, is also a potential issue that should be examined through sampling.

Any water systems that rely on source water that has not been treated are at particularly high risk and should be sampled regularly. This may occur if a building is using bore water or collected rain water from the roof.

Additionally, regardless of what the water piping and arrangement looks like, any area that can produce water vapor or aerosolized water and mist should be rigorously tested to ensure that it is not spreading Legionella. 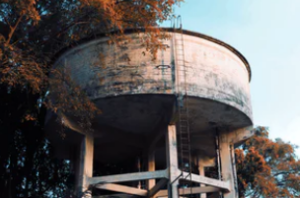 While cooling towers are one of the most common culprits, do not underestimate the power of standard showers and even toilet flushing to eject water droplets into the air.

Hot tubs are another common location where Legionella can quickly proliferate due to their temperatures typically residing on the high end of the danger zone and the frequent steam that they put off.

In addition to these potential sampling locations, water heaters and decorative fountains should also be tested.

These are some of the most common locations for Legionella to proliferate because they are not regularly cleaned or treated, and the growth of bacteria may go unnoticed.

Work with the Legionella Compliance and Testing Experts

If you believe that your system currently needs to be sampled, either because you have seen evidence of Legionella growth or because you would like to be safe or comply with local and state regulations, the process is much simpler when relying on Legionella testing experts.

Leave the need for personal protective equipment and water system knowledge to professionals like those at Tower Water. Reach out to schedule an appointment so that your facility can undergo testing while you stay safe and free up the time to work on other projects.

Have A Questions? Reach out!