What Does Legionella Compliance Mean? 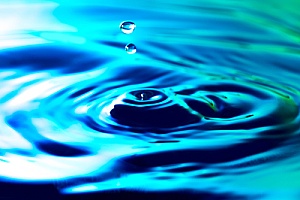 Cooling towers and other spaces in facilities where water is stored need to be routinely cleaned, among other reasons, in order to prevent the accumulation of sludge, sediment, scale, and algae. This type of contamination can lead to the development of diseases if left unchecked. One such disease is Legionnaires’ disease, a form of pneumonia caused by Legionella bacteria. The Center for Disease Control (CDC) has noted that Legionella bacteria can also cause Pontiac fever (a flu-like illness) and occasionally, some more serious diseases such as legionellosis (extrapulmonary infections).

Given this, let’s take a close look at Legionella compliance and its significance today. Tower Water in New York and New York City is always committed to providing this type of compliance.

Legionella is a type of bacteria that naturally forms in freshwater environments such as streams and lakes and that can spread to artificial building water (potable and nonpotable) systems. Scientific experts named it after an outbreak that occurred in Philadelphia in 1976, during which several residents of the city became sick with pneumonia after attending an American Legion convention.

How Common is Legionnaires’ Disease?

The CDC stated that in 2018, health departments reported almost 10,000 cases of Legionnaires’ disease in the United States. It also estimates that 10% of people infected with this illness can die. Legionella.org also recently estimated that up to 113,000 people in the U.S. have become infected with Legionella bacteria. One can become infected with Legionnaires’ disease after breathing in small droplets of water in the air. Common symptoms of this illness include chills, high fever, cough, headaches, and diarrhea. Specialized laboratory tests are often required to diagnose Legionnaires’ disease. Direct fluorescent antibody (DFA) blood tests, for example, involve the use of a microscope.

The Basics Of Legionella Compliance 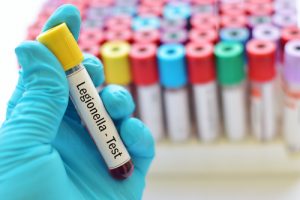 In the United Kingdom, for instance, an organization’s responsibilities regarding adherence to water management laws and regulations are recorded in the Health and Safety at Work etc Act of 1974. They are also documented in the 2002 Control of Substances Hazardous to Health Regulations. The UK’s Health and Safety Executive (HSE) government agency oversees many of these regulations.

In the U.S. many state and city municipal health departments (including New York State’s and City’s) have specific requirements and even laws governing the control and testing of this dangerous bacteria.

This type of risk evaluation will often consist of:

Adequate control initiatives allow organizations can take to manage and monitor the development of Legionella bacteria include: 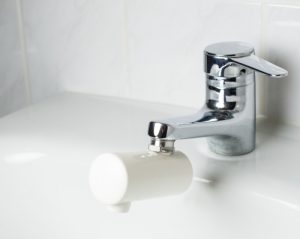 As in other industries where cleaning and maintenance are essential, regular inspections of water systems can help mitigate the risk of Legionella and other harmful bacteria appearing in a system. Routine appointments for such walkthroughs, which can make a major difference in this respect of noticing a concern before it becomes a problem.

Organizations are generally required by law to maintain records that prove their compliance with regulations, and the water treatment industry is now no different. This means documenting all inspections, risk assessments and control measures in order to avoid fines and other penalties. You are required to create a checklist to ensure you are constantly complying with all laws.

Contact the professionals at Tower Water in New York, New York to learn more about the importance of Legionella compliance. Tower Water began as a two-person organization in 1992 and has since grown to nearly a 50-person powerhouse team dedicated to providing top-quality water treatment solutions.

The New York State and City Departments of Health have both made notable changes to Legionella-specific legislation introduced in 2015. Tower Water has partnered with Tower Water, NYC’s first and only autonomous Legionella compliance company, in order to ensure all regulations are respected thanks to third-party validation.

Tower Water’s other services include construction and renovation, HVAC cleaning, and filtration solutions. Call us today at (212) 518-6475 or contact us online for more information about our work. You’ll hardly find a more reliable water treatment organization in the New York metro area.