What Is Legionella Bacteria? 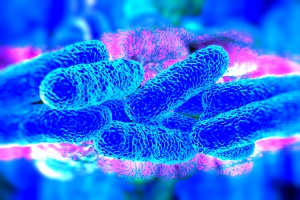 If you are a property manager or concerned building owner who is looking to make sure that your water system is as safe as it can be, you may have already heard the term Legionella. This dangerous bacteria grows in freshwater and can be found in some most common household and business equipment, such as shower heads, hot tubs, and cooling towers. It is important that you understand what Legionella is and why it is harmful so that you can develop a strategy to prevent Legionella bacteria in your water.

Legionella is a pathogenic, Gram-negative bacteria that proliferates in freshwater, which means that buildings occupied by people are susceptible to outbreaks of this microbe. It is responsible for a number of illnesses and compromises the safety of the water in any building where it is present. The good news is that Legionella can be removed from a building’s water system by careful and strategic treatment plan

Why Is Legionella Bacteria Harmful? 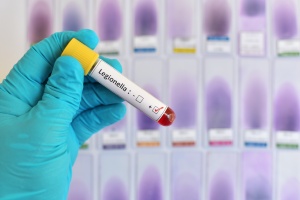 Legionella bacteria is harmful because it is responsible for causing a number of illnesses in humans, some of which can be serious or even fatal. The pathway by which humans come into contact with Legionella microbes is via vapor or water droplets in the air that are then inhaled and enter the lungs and mucous membranes of people. As a result, facilities that have equipment that creates steam, vapor, or fine mist are at the highest risk of human illness as a result of Legionella bacteria.

Even something as innocuous as a toilet may present a low risk of Legionella, as the flushing action aerosolizes water from the bowl that can then be inhaled. However, more commonly, large facilities that use cooling towers may see outbreaks when the vaporized water from the equipment enters the air; this is one of the most frequent origins of Legionella outbreaks. Hot tubs can also be a breeding ground for the bacteria, which are then introduced to the air via the steam produced from the warm water. Hot tubs are a low enough temperature that Legionella bacteria can thrive in them if additional safety measures are not taken.

One of the primary diseases caused by Legionella bacteria is its namesake Legionnaires’ Disease. This is the most fatal infection that the Legionella microbes can cause in humans, and it is fatal in up to ten percent of the individuals who contract it. Symptoms can begin to appear as soon as two days after exposure or up to two weeks after contact, so if you suspect that someone has been exposed to Legionella bacteria, it is best to remain vigilant for at least 14 days.

Symptoms may at first appear like the flu, but with some additional breathing effects. Headaches, muscle aches, and fever are common, and if the person develops some rarer symptoms such as nausea and diarrhea, Legionnaires’ Disease may at first be mistaken for a flu. However, the presence of a cough or shortness of breath should prompt a person to seek medical attention immediately. 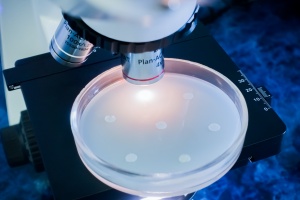 Pontiac fever is a much less severe reaction to Legionella bacteria. It is typically not fatal except in individuals for whom the flu may also be fatal. In fact, it presents similarly to the flu and typically lasts less than a week. Symptoms can arise within hours of coming into contact with Legionella bacteria. Most cases of Pontiac fever resolve on their own and do not necessitate medical care, but it is best to consult with a doctor to make sure that you are safe.

Legionella bacteria often cause breathing-related symptoms, so it may be no surprise that lung infections can result from exposure to the microbes. Pneumonia resulting from Legionella bacteria can be fatal and can develop quickly and without warning; if you have recently been in a location with known Legionella and you are having breathing symptoms, it is critical that you seek medical attention right away. You may have pneumonia, or you may be experiencing the first signs of Legionnaires’ Disease.

Reach Out To An Experienced Legionella Compliance Company

Whether you are a concerned homeowner or a business manager responsible for a large facility, it is possible that Legionella has found its way into your water system. To ensure that the people who set foot in your building are safe from harm, it is important that you evaluate your water system for Legionella by reaching out to an experienced company. Tower Water sets the standard in water treatment and would be happy to assist you with a Legionella check. Any existing bacteria can be taken care of, and you can develop a customized plan to ensure that Legionella does not reappear in your system.