Why Is Summertime Disinfection For Your Cooling Tower Important? 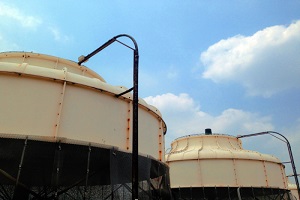 Cooling towers are a critical resource for buildings, especially large ones with advanced HVAC needs. However, they are also a breeding ground for bacteria, especially in the heat of summer. Disinfection of your cooling tower during the summertime is an important part of caring for the system and keeping both your facility and the surrounding area safe.

To be sure that your cooling tower is being properly maintained, you must first understand what appropriate summertime disinfection looks like, as well as the regulatory requirements business owners must abide by.

The History Behind Frequent Disinfection

In the 1970s, a small pocket of approximately three hundred people fell ill unexpectedly, and health experts were stumped. The disease, which appeared to be some form of pneumonia, went on to kill 34 people, and it was only after the widespread outbreak that scientists and medical professionals recognized that a previously unknown type of bacteria called Legionella was the culprit.

Legionella was discovered to grow in areas like cooling towers, prompting swift and comprehensive regulatory revision to oversee how towers are operated. Now, disinfection as a regular part of cooling tower operation is required in order to avoid further outbreaks.

Summertime is one of the most prolific seasons for Legionella bacteria because they thrive in tepid and warm water, which is easier to achieve under the beating heat of the sun and higher ambient temperatures. In the summer, New York requires not only cleaning and disinfection of your cooling tower, but also a process called hyperhalogenation.

This method of treating a cooling tower involves a once-yearly dose of a chlorine- or bromine-based biocide inserted into the water of the tower to help halt the growth and spread of Legionella bacteria.

Even when hyperhalogenation is conducted, a cooling tower is still subject to its normal cleaning requirements, which are typically twice per year. Hyperhalogenation is best done between July 1 and August 31, which is the warmest part of the year and thus most likely to contribute to an overgrowth or outbreak of Legionella.

Remember, cooling towers do their work of heat exchange by evaporating water; if Legionella bacteria are present in that water, then the water droplets released into the air could be contaminated. Airborne droplets can travel miles from their source and may cause severe illness in humans who come into contact.

The Reduction Of Buildup And Scale For Longevity

In addition to the hyperhalogenation of a cooling tower during the summer, this season is also a good time for a thorough cleaning for other reasons besides Legionella. As water evaporates during the tower’s normal functioning, it will leave behind minerals and sediments.

These materials will collect on the inner surfaces of the tower and grow into deposits with a rough texture. Legionella and other bacteria can find shelter inside the pockets and crevices of these deposits, and they may also compromise the efficient and safe function of the machinery on which they grow.

Thus, cooling towers should be regularly cleaned, including the basin, fans and other equipment, to prevent buildup that could impact the lifespan and repair cost of a tower over time. When a tower is not functioning optimally, it takes more energy to operate, resulting in higher energy costs and less powerful cooling. 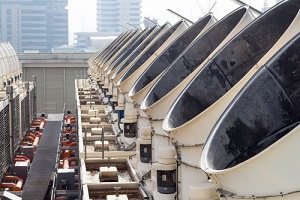 In general, a cooling tower must be disinfected at least twice per year, with the hyperhalogenation occurring between July and August. Towers must also be thoroughly cleaned when they start up for the season if they have been on standby during the winter. A 7G certified pesticide applicator is the one responsible for applying biocides during the hyperhalogenation; you cannot typically do this yourself.

However, water quality monitoring for pH and other factors, which is also mandatory as part of operating and maintaining a cooling tower, need not be done by a 7G certified individual necessarily (although this is permitted if it is more convenient).

If your tower is found to be out of compliance, you will receive a report indicating the issue as well as the amount of time granted to fix the issue. This is typically between one and seven days.

Whether you are looking for someone to assist with your hyperhalogenation for the year or would like consistent help with cleaning and treating the water in your cooling tower, be sure to work with professionals.

The experts at Tower Water set the standard in water treatment and would be happy to help you establish a consistent and reliable approach to conquering Legionella in your tower. Reach out to schedule an appointment with a technician to get started with summertime disinfection today.